Wow, were there ever a lot of LOST-like scenes in this episode!  The Twitterverse practically blew up with all the tweets from LOST fans asking each other “Was it just me, or did that seem… familiar?”  As an all-in LOST fan myself (note the Twitter name) I couldn’t help but notice them, but when they are done so well and incorporated so beautifully into this caliber of show, I don’t mind a bit.  Let’s go through them, shall we?

The first was the most subtle.  Andrea’s refusal to leave Amy’s body was disturbing, especially when she pulled a gun on Rick.  Even more disturbing was the thought that she might try to somehow rehabilitate Walker Amy as Amy started to transform.  But when Andrea then blew Amy’s brains out, it all became clear.  Andrea wanted as much time as possible with Amy, to somehow try to make up for all the time she had missed, and as a final act of love, make certain that Amy would not become an abomination.  Andrea – like Kate! – was strong and capable of doing what needed to be done.

Rick was conflicted – like Jack! – about the choice he had made, going to Atlanta to retrieve Merle and guns instead of staying at the camp and potentially saving some of the campers’ lives.  Jack Rick talked with Kate Lori about his plan to go to the CDC, but wanted to know if she would, as Jack would say, have his back.  Lori’s decision to support him was clearly a decision to support her marriage.  But being a leader is hard, especially when there is another strong person, like Locke Shane disagreeing.  Shane, however, was so disturbed by his own action in having Rick in his gun sight, especially when caught by Dale, that the best penance was to step back and support Rick in his plan to go to the CDC.

I loved the beautiful Michael Giacchino Bear McCreary music that accompanied the launching of the raft caravan of cars as they started their, err, Exodus to the CDC.

In a non-LOST-related note, I found it interesting that the women and Dale, who is the representative older person, seemed to be much more accepting of Jim’s decision to be left behind, than the two leader-level men.  Was it because they didn’t feel as personally responsible for the lives of every member of the group, or was it because as non-leaders they didn’t feel the need to make decisions FOR members of the group?

Granted, much of the foregoing is not the exclusive domain of LOST.  Next, however, the LOST scenes shifted to In Your Face.  We were presented with a previously-unknown man, whom we learned was Desmond Jenner, alone in a strange place, which we later learned was the hatch CDC.  He set about what appeared to be daily tasks.  He put on a safety suit.  He played recorded music.  At one point something happened that made him consider suicide.  He had a bottle of McCutcheon’s whiskey red wine.  He was in a place that appeared to be safe from the Others smoke monster walkers.  He may be the saviour of the survivors. 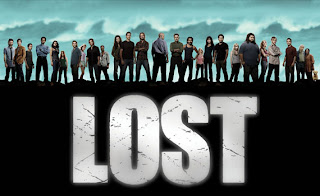 Jack Rick couldn’t save his people by going back to the island getting in to the CDC, and finally lost control, yelling and screaming at Kate the camera.  When Jenner opened the hatch CDC door, I literally burst out laughing.  It was my favorite LOST homage of the episode, a wonderful combination of the hatch door opening, the final scene in the church, and the promo picture for the last season.  Hopefully it was powerful for non-LOST fans; for LOST fans it was a little too distracting to have its presumably-desired impact.  Nevertheless, I thought the scene, and the entire episode, were more respectful and less derivative than other series who have attempted to harness the LOST mystique.  The Walking Dead as a series has been amazing, compelling, must-see television on its own, without obvious reliance on popular shows that have come before.  Though I loved all the LOST references in this episode, I am hoping that The Walking Dead will continue to push the boundaries of dramatic television in new directions, and not revisit old ones.

My favorite line of the episode was actually a favorite bit of scene – the zeal with which Carol bashed Earl’s head in; just priceless.